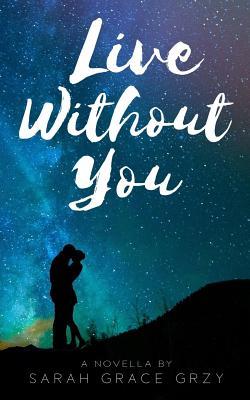 Piper Redding is a loner, but lonely. Everyone she loves has abandoned her and opening her heart to others is just asking for more pain. She can't help but blame herself for her brother's tragic death six years ago, and in her guilt, she shuts herself off from the world. No one could love her-not even the God who promised to be there for her but wasn't. For paramedic Ezra Bryant, failure is not an option. He's had enough of it, and only by God's grace is he able to put it behind him. But when a traumatic event brings Piper's greatest fear and Ezra's failures to light, can they use that event to allow God to mend their broken pieces? Can love triumph over fear, and grace over guilt?

This was a wonderful story about learning to trust and love again!  I really felt for Piper and my heart broke as she listened to the lies over and over again that everyone leaves her and that her brother's death was her fault.  She's so afraid to love again because she doesn't want to get hurt.  I thought the story portrayed really well how debilitating it can be when we listen to our own negative thoughts and dwell on that instead of focusing on the truth of Scripture to replace it.  Ezra had a bit of that issue, too, as he kept thinking about how he failed his mom.  I really liked how we see Piper's faith journey, from someone who feels God abandoned her to learning to trust that He's always there.  The spiritual message was my favorite thing about the story as I was reassured again through Piper's story how much God loves me and every one of us and it's not because we're worthy; it's because He's love.  We also need to decide to put Him first as that's the only way to be truly happy but that's not always easy!  There were a couple unanswered questions that were left open and I would have liked closure on those.  There was a little bit of romance, some fun banter, a twist and I was holding my breath to see how it would end.  I'd recommend this story if you like books with a great spiritual message!

I received this ebook from JustRead Tours.  I was not compensated for my review.  All opinions are my own.