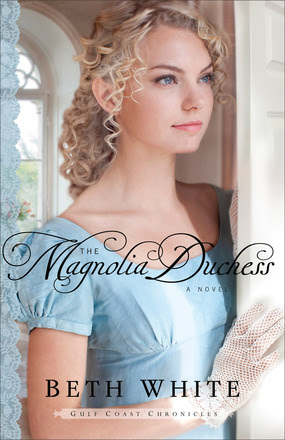 As the War of 1812 rages across the newly formed United States, another war rages in Fiona Lanier's heart--one that threatens to tear her family apart.
Fiona can scarcely take in the news of her brother's capture and imprisonment by the British Navy. It is almost as unbelievable as the half-drowned British sailor who is washed ashore on the beach of Navy Cove.

Charlie Kincaid claims to have no memory of his life before being discovered by Fiona, but in a world that seems saturated with treachery, she cannot be sure he is telling the truth.
As Charlie's memory returns in agonizing jags and crashes, he and Fiona discover that falling in love may be as inevitable as the tide. But when political allegiances collide, they'll each have to decide where their true loyalty lies.

This was an interesting historical romance set during a time period I had a lot to learn about.  I didn't remember much about the War of 1812 and this story helped fill in some of the gaps.  There was plenty of action as Fiona seems to get in one situation after another.  She was a fun and very independent character;  I liked Charlie, too, as he was more of a mischievous charmer.  Their romance was sweet and so were the romances between two other couples in the story.  There were a lot of characters to keep track of, as Fiona seemed to be related to everybody, and it did get a little confusing.  Fiona had a strong faith and it was nice to see how Charlie's developed over the course of the book, and how it affected him.  I liked the spy element, too, as you weren't sure if Charlie was a spy, and how that might affect Charlie and Fiona later in the story.  This worked well as a stand-alone.  I would recommend it if you like historical romance.

Posted by Shopgirl at 9:41 PM No comments:

The Goodbye Bride - A Summer Harbor Novel 2 - by Denise Hunter

She only remembers loving him. But he can’t forget the way she left.

Following a concussion, Lucy Lovett can’t remember the last seven months of her life. She doesn’t remember leaving her fiancé Zac Callahan weeks before their wedding or moving to Portland, Maine. And she sure doesn’t remember getting engaged to another man. All she remembers is loving Zac more than life itself.

It’s taken Zac months to move on after Lucy left him with no explanation. He’s thrown himself into his family’s farm and his restaurant business in Summer Harbor. Now Lucy’s back, vulnerable, homeless, and still in love with him. She needs his help putting the pieces together, but letting her back into his life is a risk—and the stakes are high. If he follows his heart he’ll win back the love of his life. But if her memory returns he’ll lose her all over again.

This was a wonderful, romantic story with a unique plot!  I really liked Lucy and couldn't imagine being in her crazy situation.  She was a fun, quirky character.  My heart broke for Zac as I imagined how horrible it would be to have the love of your life disappear without a word, then suddenly come back into your life thinking she's still in love with you and you're not being able to trust that.  I liked the hint of suspense as her second ex-fiance doesn't want to let her go and you wonder why she was with him.  There were plenty of cute romantic moments.  The book was lighter on the spiritual element, with a few comments and the characters attending church and praying, but not a whole lot to Lucy's journey until near the end.  It was wonderful to see Lucy figure out some things about her past and realize why she had been acting the way she had, both in her relationships with Zac and other people, and also in her relationship with God.  I loved the close-knit Callahan family and the community of Summer Harbor.  There were some fun characters and some amusing moments. This worked well as a stand-alone, but it was nice to see the characters you met in book one again.  Denise Hunter is a wonderful writer and I can't wait for the next book in the series!  Don't miss this one if you like romance!

I received this book free from Booklook Bloggers in exchange for an honest review. 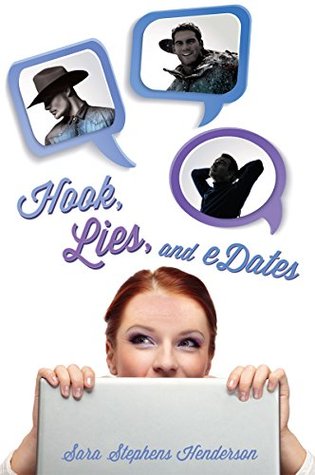 Freelance writer, Annie J. Cameron, is working undercover on an Internet dating site researching her latest assignment for Metropolitan Woman Magazine. Single mom and recent empty nester, Annie secretly hopes to find her own Prince Charming, but instead finds herself face to face with the best and the worst of her past.


“Every butterfly needs a rock to land on.”

This was an amusing story that kept my attention.  Annie has two grown daughters, one with a new guy who somewhat reminds her of her ex so she's suspicious of him.  I found the situation of her being matched with her ex and an ex-fiance on the dating site to be a little far-fetched and I couldn't believe she would even entertain thoughts of getting back together with her ex after what she said he had done.  She was a little too much of a drama queen for my taste, but that did make her unpredictable, which made for a more interesting story.  I also thought the spiritual content was pretty light and I like to see the characters grow spiritually throughout the story.  There was one part that bothered me where her ex essentially propositioned her and I wondered why she didn't seem more bothered by that or why she didn't explain why she wouldn't be interested.  Instead, it almost seemed like she was considering it.  It seemed like her faith didn't play a part in her decisions.  The story was clean and it was nice to see a heroine who was older.  There were also some funny moments, especially when she talked about some of the guys' pictures from the dating site.  It was nice to see a Minnesota setting.  You'd probably like the story if you like romantic comedies.

Sara Stephens Henderson has been in the education field for over thirty years as an elementary teacher and is currently an elementary principal. She is the author of the Howie books; an I Can Read series, published by Zonderkidz. Sara has authored articles featured in Focus on the Family magazine and has several short stories in Chicken Soup for the Soul books. In addition she has hosted short inspirational segments on a local radio station. Hook, Lies, and eDates is Sara’s first novel for women. 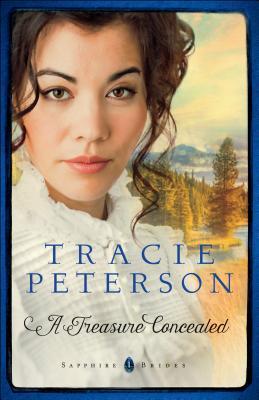 There is more than gold to be found in these hills.
Emily Carver longs to have a home of her own, but instead she endures a transient existence in the gold mining camps of Montana, where her father's hopes for riches lie endlessly buried. Promises of wealth from this wild land have brought only hardship and disappointment, causing Emily to wonder if her own modest dreams will ever see the light of day.

Caeden Thibault, a young geologist working for the government, is a man trying to escape the pain of his past, and the idyllic mountains of Montana serve his purposes well. In the course of his work, he has seen more than his share of starry-eyed gold seekers. So when Emily Carver catches his attention, he is intrigued by the fact that she isn't pinning her hopes on striking it rich.

Will an unexpected discovery come between them or draw them together?

This was an interesting story, but I have to say it was not one of my favorites of Peterson's.  I had a hard time understanding Emily's father, how he could be so determined to pan for gold no matter how many hardships and tragedies they went through instead of finding a steady job.  It seemed selfish to me and I felt frustrated for Emily because he wouldn't listen to her.  I also felt like they made some poor choices regarding her safety.  I liked Emily and Caeden and I enjoyed seeing their faith journeys.  Emily struggled with doubts and anger while Caeden had a hard time trusting God after feeling like He'd failed his mother.  There were a couple conversations that were really well done where the Gospel is explained.  There were some sweet romantic moments.  I really got a feel for what it would have been like to live very poor in the late 1800s trying to strike gold in Montana.  If you like historical fiction, you would probably like this story.

I received this book free from Bethany House Publishers in exchange for an honest review.

Posted by Shopgirl at 9:28 PM No comments: