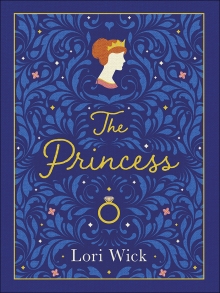 Return to the Romance of Pendaran

In the Land of Pendaran, Shelby Parker lives a humble but good life. Her special qualities are eventually noticed by the king and queen of the House of Markham, who seek a new wife for their widowed son, Prince Nikolai.
To uphold the tradition of their country, Shelby and Nikolai agree to an arranged marriage. But while Nikolai is a perfect gentleman in public, he remains distant at home, leaving Shelby to wonder what is in his heart. Will the prince ever love her as he did his first wife? Can the faith they share overcome the barriers between them?
Twenty years after its initial release comes this exquisite deluxe edition of Lori Wick's bestselling classic, The Princess (over 275,000 copies sold worldwide).
Relive the magic of Shelby and Nikolai's love story with this beautifully bound and foil-adorned keepsake version of one of the most beloved Christian romance novels of all time.

This was a wonderful story that I can't believe it took me so many years to finally read!  I love Lori Wick; she's my all-time favorite author and there are still a few books of hers I never read.  Knowing that she hasn't written anything new in about a decade, it's been hard for me to read the rest knowing there won't be anything new.  I was excited to see the new anniversary edition and decided it was time.  This was such a sweet romance but also a slightly difficult one as Nikolai is still grieving the loss of his wife.  It was wonderful to see how they turned to God to help them, especially Nikolai as he started out avoiding Shelby and realized he needed to have a different attitude and that he needed to work on making his marriage succeed.  They're both wonderful characters, as was their parents and other people surrounding them.  Lori has a wonderful way of creating a sense of community, where you want to live in this place with these wonderful people.  I really admired Shelby, too, taking on the role of princess while being completely unfamiliar with it and marrying a man she doesn't know but doing all of this because she feels it's what God wants her to do.  She was incredibly strong and a woman to admire.  This anniversary edition is a gorgeous hardcover with a ribbon marker and would make a great gift or addition to your collection.  This was a beautiful story I highly recommend.

I received this book from Harvest House Publishers.  I was not compensated for this review.  All opinions are my own.


Lori Wick is a multifaceted author of Christian fiction. As comfortable writing period stories as she is penning contemporary works, Lori’ s books (more than 6 million in print) vary widely in location and time period. Lori’ s faithful fans consistently put her series and standalone works on the bestseller lists. Lori and her husband, Bob, live with their swiftly growing family in the Midwest.
Posted by Shopgirl at 6:40 PM No comments:

Glorious Weakness: Discovering God in All We Lack - by Alia Joy As a girl, Alia Joy came face-to-face with weakness, poverty, and loss in ways that made her doubt God was good. There were times when she felt as if God had abandoned her. What she didn't realize then was that God was always there, calling her to abandon herself.

In this deeply personal exploration of what it means to be "poor in spirit," Joy challenges us to embrace true vulnerability and authenticity with God and with one another, showing how weakness does not disqualify us from inclusion in the kingdom of God--instead, it is our very invitation to enter in.

This book really made an impact on me.  Alia Joy made some great points about how we view our weaknesses and the weaknesses of others.  We need to see others the way God sees them and love them, even if it's uncomfortable.  I resonated with her struggle over her calling, feeling like she should do more or have a different life than the one she has.  I could relate to some of her struggles as I am dealing with some health issues, too, but she has so much more to contend with between her health issues and her bipolar disorder, not to mention what she's gone through already in her life.  I really felt for her as I read her story.  Her belief that God is good even amidst all of her struggles, was inspiring, and something I struggle with, as I'm sure many people do.  We need to cling to hope and remember that God is good, no matter what.  She had a way of writing that was very poetic and lyrical but also hard-hitting.  More than once tears came to my eyes as I thought, "me, too.  I have felt that way, too."  I would recommend this book if you're struggling with weakness, poverty or suffering or want to better understand and be there for people who are dealing with these things.

I received this book from Baker Books.  I was not compensated for this review.  All opinions are my own.

Seventeen years after being orphaned, Apryl Burns and her twin sister Courtney have their own expectations for life. While Courtney continues to shine at everything, Apryl holds fast to the mantra that as long as her potato chip stash remains intact, then she’ll be fine.

But when their beloved grandmother ends up injured and unable to manage her struggling antique store, Courtney makes it their mission to revamp the business and save what’s left of their family’s legacy. Despite rampant doubts in her abilities, Apryl finds herself trapped under the weight of family loyalty as they transition to a wedding venue decorating service. Soon she’s forced to ask (translation: blackmail) their grandmother’s renter/handyman, Chance McFarland, for help, an arrangement that is made even worse by the fact that Chance is her former (ahem, and current) crush.

Chance knows a few dozen things about family loyalty, which is why he begrudgingly agrees to Apryl’s insane plan. While Apryl claims they’re archenemies, the girl Chance only glimpsed in their teens starts to emerge, stealing what remains of his heart.

But expectations are a powerful thing. Amidst the glamorous weddings and swaying willows, can those old expectations be revised into something new?

I really enjoyed this story about unrequited love, low self-esteem and unconditional love!  Apryl was hilarious!  She had such a funny sense of humor and I wanted to be her best friend.  I loved Chance, too, and how he was trying to be a better man and depend on God to make the right choices.  Their banter was very amusing and the romance was sweet.  I liked how honest the book was about Apryl's doubts that God was good and her struggles to believe she wasn't a failure.  This story really showed how much of a profound impact how our parents treat us has on how we view ourselves and on the choices we make.  I was reminded again how much God loves us and pursues us as I read this story.  I liked the supernatural element.  It was interesting to see how Apryl and Courtney, with Chance's help, started a business decorating for weddings with their grandmother's antiques.  I would highly recommend this book if you like humorous love stories.

I received this book from JustRead Tours.  I was not compensated for this.  All opinions are my own. 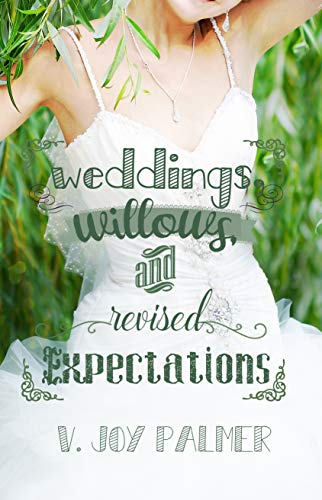 Posted by Shopgirl at 9:54 PM No comments:

When He Found Me - Road to Refuge 1 - by Victoria Bylin 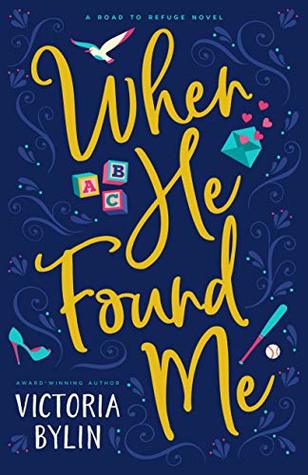 Once a strong Christian, third baseman Shane Riley lost his faith the night he injured his knee in a freak car accident. Determined to return to professional baseball and to find the sister he treated badly, Shane retreats to Refuge, Wyoming. There he meets Melissa June “MJ” Townsend, a single mom battling the virus that causes cervical cancer.


MJ wants nothing to do with the handsome athlete—no doubt a womanizer considering the stories in the news. But when a mistake results in Shane renting her garage apartment, they become friends. That friendship blossoms into something deep and pure, leaving MJ with a painful secret to tell. Even more complicated, she discovers an unexpected tie to Shane’s missing sister—a wounded woman who wants nothing to do with the perfect brother who scorned her.

Whew!  What a roller coaster ride this book was!  The characters were wonderful, though I did find MJ's mom and Shane's sister, Daisy, a little frustrating.  I really liked MJ and how strong and wise she was, to be dealing with her health issue while being a single mom and how she tried to be smart about Shane.  This book really showed some consequences of premarital sex and that it's not all fun and games.  I liked Shane a lot, too.  He was really an upstanding guy who had made some bad choices and was struggling with his faith.  He wasn't perfect but I admired how he treated MJ with respect.  There was some sweet romance and some suspense.  I liked the different spiritual discussions they had as Shane had turned his back on his faith, MJ was a baby Christian and Daisy doesn't know if she believes in God.  They all had a lot of baggage to deal with and it wasn't sugarcoated that grace covers everything but there are still consequences to sin.  A cool aspect to the story was that MJ found old letters in the attic and learned about a possible ancestor and some bad decisions she made and how her life turned out.  If you enjoy stories about real issues with some romance thrown in, you should check it out!

I received a Kindle copy of this book from JustRead Tours.  I was not compensated for this review; all opinions are my own.
Posted by Shopgirl at 9:27 PM No comments: