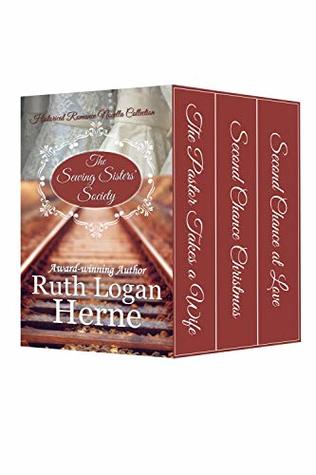 Hattie McGillicuddy might not look like your typical matchmaker, but Hattie makes things happen in the little town of Second Chance, South Dakota. With the arrival of the railroad and official statehood, Hattie’s determined to bring brides west, and not just any brides. Brides who need the wide open prairie as much as the prairie- and the prairie men- need them! Three pioneer stories of unlikely love are woven around a little town full of homespun characters that take us back to another place and another time but with the same faith, hope and love we cherish today.

Macy can’t sew a lick, and she’s come to town with a sacrifice and a secret, but when Hattie’s first apprentice is attracted to the pastor of the only church in town—the man raising her illegitimate son— will the truth set her free? Or make her leave the town and her son behind?

Unjustly accused, Nellie comes west to escape the law. She has a way with tucks and gathers, and every Western town could use more tucks and gathers. She’s determined to improve the drab look of the prairie and manages to brighten hearts as well. But will her quick speech and firm ideas of women’s suffrage draw Levi Eichas closer or send the somber carriage maker running?

Grief has robbed Ann Hazel, but when her aunt pushes her to go west and help an ailing Hattie McGillicuddy turn hems, Ann’s shamed into it. She’s managed to avoid life for awhile, but when Sol Eichas’s nanny comes down sick, Ann reluctantly agrees to help. As she winds her way around Sol’s heart and home, can the two troubled souls leave the past behind to embrace a future together?

I enjoyed this series about strong women who strive to follow God and also aim to make their own way in the world. I liked how each story was about a woman in the small town of Second Chance who knew each other so you saw characters from previous stories show up in the next story. I loved Hattie and how wise and strong she was. There was sweet romance and a lot of good Biblical wisdom as the characters struggle with forgiveness, letting go of the past, overcoming fear, being truthful and many more life lessons. There were some interesting predicaments. I'd recommend these stories if you like western romance.

I received this book from Just Read Tours. I was not compensated for this review. All opinions are my own.

Posted by Shopgirl at 8:39 PM No comments: 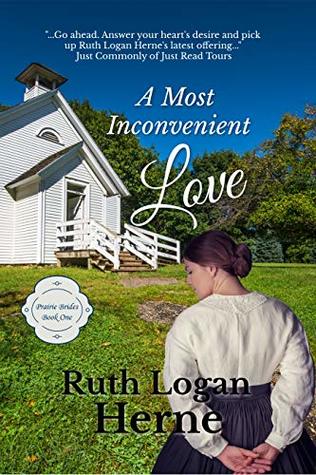 Sober businessman Seb Ward may have come from a wealthy lumber-baron family in Minnesota, but he knows that appearances can be deceiving, and that his illustrious family is pretty dysfunctional. Being in another state has provided the buffer he sought from his father’s misdeeds, but when a little boy shows up on a train… a little boy who looks enough like Seb to be his own child… Seb’s faced with a dilemma. Raise the boy as his own, or let his mother suffer the embarrassment of “a brother by another mother.” And when the boy takes a shine to the Rachel Eichas, the newly contracted school teacher, Seb can’t help but do the same. But Rachel was raised by an unloving, business-first father and there’s no way she’s looking for those same qualities in a husband. Can she see through Seb’s focus and drive to find the loving man within?

I loved the characters of Seb and Rachel in this book! Rachel was so practical yet was drawn to Seb and had a hard time denying her feelings amid possible scandal. Seb was so honorable, even at the expense of himself. The story dealt with the importance of telling the truth, protecting your family, forgiveness and being cautious in love. There was a lot of Biblical wisdom in this book and a lot of sweet romance. I liked the conversation about how women's roles were changing and they were gaining more independence. I'd recommend this story if you like historical romance.

I received this book from Just Read Tours. I was not compensated for this review. All opinions are my own.
Posted by Shopgirl at 8:31 PM No comments: 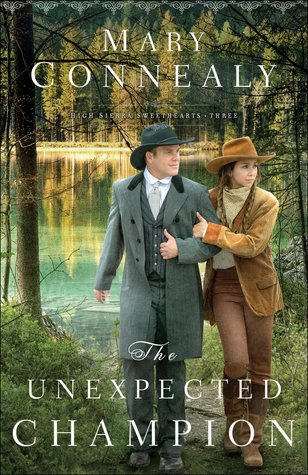 City dweller John McCall never expected to be out in the High Sierras of 1868 on a wild-goose chase to find the Chiltons' supposedly lost grandson. But now that he's out here, things have gotten even more complicated, mostly due to wildcat Penny Scott. She's not like any woman he's ever met--comfortable in the woods, with a horse, and with a gun.

When Penny and John are taken against their will by a shadowy figure looking for evidence they don't have, both realize they've stumbled into something dangerous and complicated. With their friends and family desperately searching for them, Penny and John must make a daring escape.

When they emerge back into the real world, they are confronted with a kidnapper who just won't stop. They must bring a powerful, ruthless man to justice, even as this city man and country woman fight a very inconvenient attraction to each other.

This was an exciting and amusing story set in the Wild West!  I liked the seeming opposite personalities of John and Penny and found them and their banter amusing as they tried to survive a kidnapping and bring the bad guys to justice.  It was interesting to see how John, a Pinkerton agent, went about investigating and trying to figure out who was behind their kidnapping, from breaking into buildings to disguising themselves and learning information.  I also liked how Penny thought deeply about the right and wrong of things and tried to discern whether John was doing the right thing or not by being underhanded and deceitful sometimes in trying to discover who the bad guys were and arrest them.  They were both Christians but Penny seemed to struggle more with his vocation.  There was plenty of excitement, from shootouts to fights to murders.  There was some romance.  It worked pretty well as a stand-alone but other characters from previous books were featured prominently.  I would recommend this is you like Westerns or historical fiction.

I received this book from Bethany House Publishers.  I was not compensated for this review.  All opinions are my own.
Posted by Shopgirl at 7:58 PM No comments:

A Delight! 'A Hero for Miss Hatherleigh' - Regency Brides: Daughters of Aynsley 1 - by Carolyn Miller 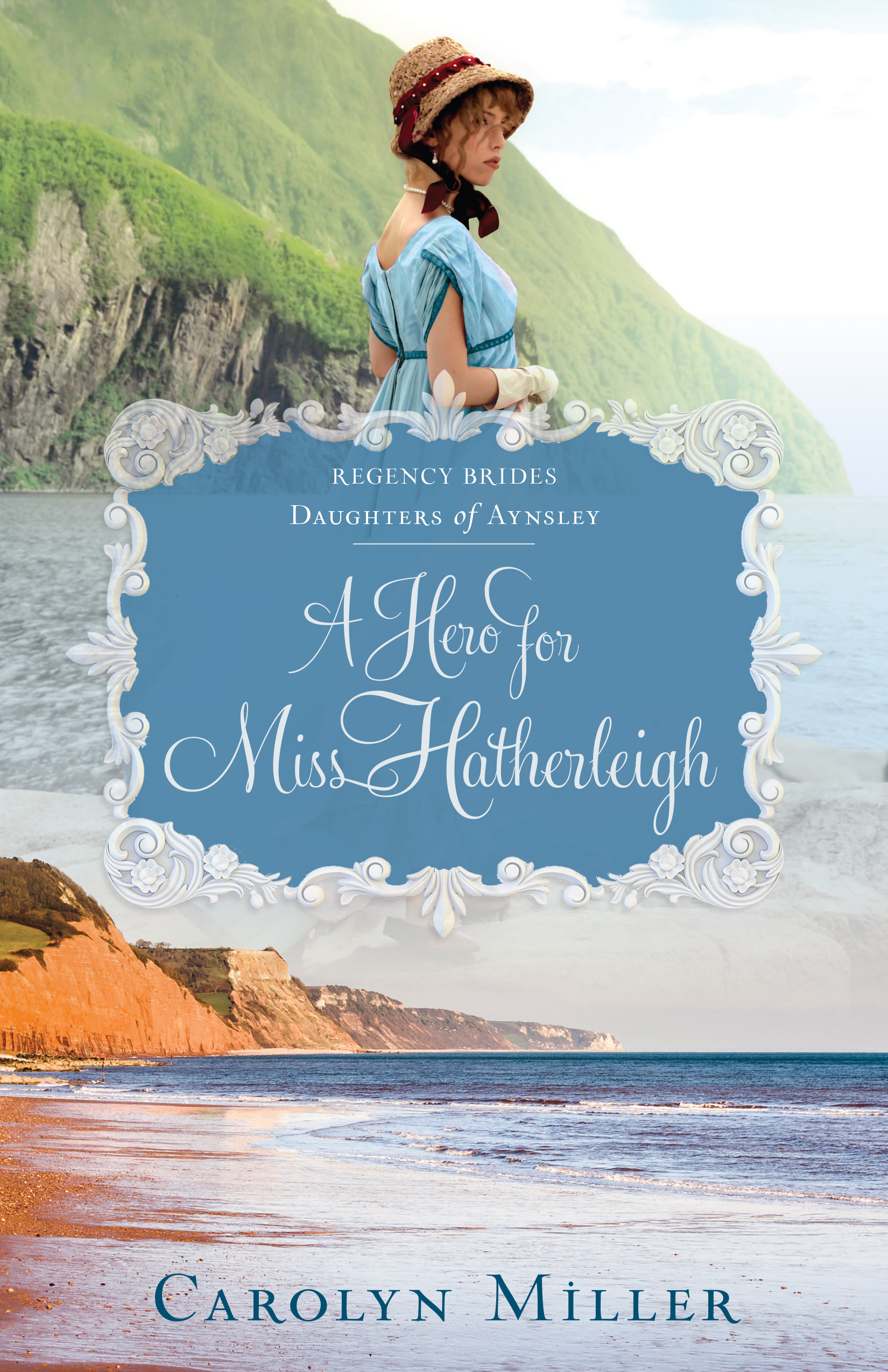 Can a very proper noble lady find a future with a fossil-hunting man of faith?

As the daughter of Viscount Aynsley, Caroline Hatherleigh knows every rule of society—and she’s always followed them precisely. It’s simply the way things are done in her world. When she visits south Devonshire and encounters a fossil-hunting scientist and his sister, her assumptions about what is right are shaken. She is suddenly confronted by questions she has never considered about the importance of friendship and faith—and her comfortable understanding about how the world works is thrown off balance.

Gideon Kirby loves science, and hunting down proof of past lives is a joy he won’t willingly give up. But his scientific leanings are being challenged by both his personal beliefs and by local smugglers in the Devonshire countryside. And every day his sister’s illness is becoming more desperate and her care grows more demanding. Adding a proper Viscount’s daughter to the mix is a complication Gideon never expected—especially since he has a secret that demands he stays far away from this young woman he’s falling for in order to protect his beloved sister.

When a mysterious stranger visits the village, that secret is set to be exposed, no matter how Gideon fights. Then tragedy strikes in a smugglers cave. And the threat of scandal may lead to broken hearts and passionless propriety. Will the shaky bond these two have managed to build be strong enough to overcome their differences—or will the trust they’ve withheld from each other end up tearing three lives apart?

This was another wonderful story by Carolyn Miller!  I loved seeing Caroline Hatherleigh grow and change throughout the story as she starts to care more about other people than herself, especially as she sees the faith of the Kirby's and starts to really examine the Bible and her own beliefs.  There's a good explanation of the gospel.  I also enjoyed the talk about fossils; it was a unique aspect you don't see often in Christian fiction.  The romance is sweet as secrets keep Gideon from sharing his feelings and Caroline believes he is below her station, yet they are drawn to each other.  I ended up really liking Caroline and Gideon was wonderful, if a bit slow to communicate his feelings.  He cared so much for his sister and was willing to give up his own future to make sure she was protected.  Both he and his sister had a strong faith even as they dealt with her poor health and their terrible circumstances.  Gideon's friend was very amusing and I really enjoyed the banter between him and Gideon and Caroline.  There was some suspense and action, also.  I highly recommend this start of a new series and can't wait to read the rest!

I received this book from Kregel Publications.  I was not compensated for this review.  All opinions are my own.
Posted by Shopgirl at 11:56 PM No comments: