Until I Found You - by Victoria Bylin 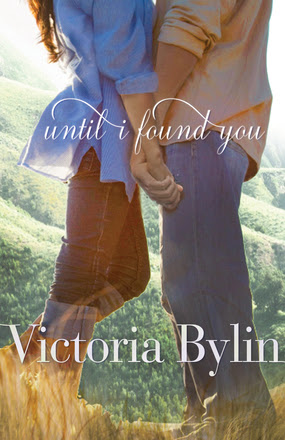 Finding each other was only the beginning . . .

When Kate Darby swerves off a mountain road to avoid hitting a California condor, she ends up trapped in her car, teetering on the edge of a cliff. Terrified, she breathes a prayer that changes her life.

It's Nick Sheridan who comes to Kate's rescue. Nick is handsome and confident, and he seems to develop a habit of rescuing her, but Kate is in town only until her grandmother recuperates from a stroke. She's not planning to get involved with one of the locals.

Nick is a reformed veteran of life in the fast lane, a new Christian, and a travel writer. When he sees a car dangling on the edge of a cliff, the daredevil in him jumps into action. He doesn't expect to be swept off his feet by the car's occupant. He's made a vow--no dating for a year--but keeping that vow is going to be a lot more difficult now that he's met Kate Darby. . . .

I liked this story about a guy trying to do the right thing, mostly because I really liked the character of Nick.  He wasn't perfect, had made huge mistakes in his past, but was now trying to stay on the straight and narrow.  He seemed very real to me, but I couldn't get into Kate's character, maybe because I didn't feel like I had anything in common with her.  She lived in the moment, had a hard time believing there was a God, and was all about her career.  She did really love her grandmother, though, and came to take care of her, which I admired.  I could relate to Kate's struggle with trusting God and giving up control; for some reason we think we can do better ourselves!  I was disappointed in some of her choices and the story dragged on a bit for me.  I wished for more to their romance, too.  I also got a little tired of hearing about the condors; it just felt like there was too much information about them.  I liked how it was pointed out that Kate shouldn't put her hope in Nick or put him on a pedestal; she needed to hope in God and know that Nick wasn't perfect.  It was interesting learning more about her grandmother's life as she penned letters to Kate.  You might like this book if you like romance.

I received a free kindle copy of this book from Netgalley in exchange for an honest review.
Posted by Shopgirl at 9:42 PM