The Time of Sorrows is long past.
The future of Selah and her people is shrouded in mystery.
And the clock is ticking.
Hidden in the tall grasses along a shore littered with the rusted metal remnants of a once-great city, a hunter crouches. It is the eve of her eighteenth Birth Remembrance and high time she proves to herself and her brothers that she can stand on her own two feet. Selah Rishon Chavez waits not for game but for one of the small boats that occasionally crash against the desolate shoreline. Because inside one of these boats she will find her quarry--a Lander.

These people from an unknown land across the ocean are highly prized by the Company and bring a good price--especially if they keep the markings they arrive with.

Everything falls to pieces when the Lander whom Selah catches is stolen by her brothers, and Selah wakes the next morning to find the Lander's distinctive mark has appeared on her own flesh. Once the hunter, Selah is now one of the hunted, and she knows only one person who can help her--Bodhi Locke, the Lander her brothers hope to sell in the Mountain.

With evocative descriptions of a strange new world that combines elements of disturbing scientific advances, devious political conspiracy, and survival in a hostile wilderness, Bonnie S. Calhoun weaves a captivating tale of a society more like our own than we may want to admit. From the tension-laced first scene to the captivating last page, Thunder is an epic journey into the heart of humankind that explores how far we are willing to go when we're pushed to the limit.

This was a very unique story that kept me turning the pages!  It was fascinating to learn about this future world and the changes that have occurred.  I really liked Selah and felt for the dangerous situation she found herself in, but she did frustrate me sometimes with her change in moods.  She could also be impulsive, but she grew up as the story progressed.  There's some romance, but I like that she's slow to trust this stranger and doesn't fall for him right away.  It will be interesting to see where that goes as the series continues.  It was cool to learn about abilities Landers have and to try to figure out who they really are.  There's plenty of action and excitement as Selah is pretty much in danger from the very beginning.  This book deals with some issues like slavery and racism, though in a little different context.  There's also talk of good and evil, but it's not overtly Christian.  There was a conversation where a character wondered what happens after you die, but they weren't sure.  it will be interesting to see where they go with this, as well.  This is a science fiction series in the vein of the Hunger Games and it did seem to be aimed more for a teen audience, though I think adults who enjoy this genre would probably like it.  I know I'm looking forward to the next one!

There's a free prequel to this story for kindle!  Here's the link: Amazon 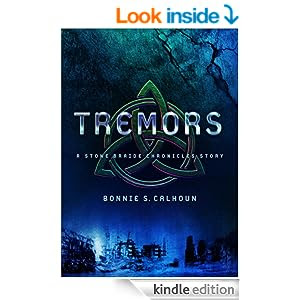 The Author
Posted by Shopgirl at 8:09 PM