With Every Letter by Sarah Sundin

In a word, amazing! I literally couldn't put this book down! Mellie is a flight nurse during World War II, eager to go in to combat zones and help evacuate the wounded.  She's confident when it comes to her job, and she'd good at it.  Social situations, however, are something she's not good at. Growing up in the jungle with her father for companionship, shy Mellie doesn't know how to act or what to say to girls her own age.  Add to that her quarter Filipino heritage, and the children she did know were cruel to her.  She's never had a friend.  Lt. Tom MacGilliver is an engineer stationed in North Africa, rebuilding runways as the Allies push forward against the Nazis.  He has an infamous father, a well-known murderer and the subject of jump-rope rhymes.  He must put on a cheerful face in case anyone thinks he'll snap and turn into his father. No one knows the real him underneath the mask.

As a morale-building campaign inspired by the movie "The Shop Around the Corner", Mellie is forced into writing a letter to Tom, a man she's never met, though it helps that it's anonymous for them both.  Mellie offers encouragement, prayer, and a listening ear, and he offers the same back to her. So begins months of writing and growing as they offer advice to each other,  pray for each other, and fall for each other.  Mellie is then stationed near him; how will they react to each other in person and will they have the strength to overcome their fears and admit who they really are?

I loved this book.  It was my first one by Sarah Sundin, though she does have another trilogy set during World War II, which I now can't wait to read!  Her writing was wonderful, the characters so detailed and real I found myself rooting for them both in the difficult circumstances they each found themselves in, and the romance very well done. I think a guy could find a lot to like as well, with the backdrop of World War II and the jobs they both perform.  I learned a lot about flight nursing and engineering in the context of the war.  We get both of their perspectives, which I love.  "You've Got Mail," my favorite movie, is based on "The Shop Around the Corner," and I love the plot line of two people falling in love through letters (or email!) before they ever meet. This is definitely a keeper! 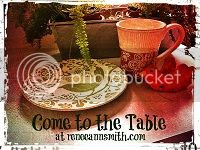