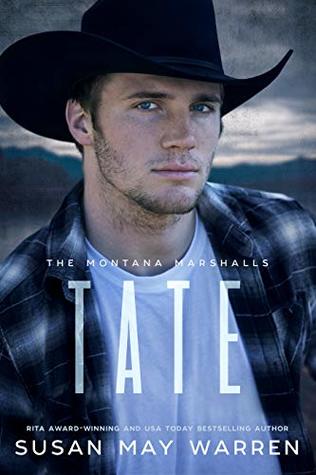 Bodyguard Tate Marshall, has always been the family troublemaker…

Maybe it’s his propensity to get entangled in other people’s problems. Now, he’s in over his head because he’s desperately in love with the woman he’s tasked to protect, the beautiful Gloria, “Glo” Jackson, daughter of US Senator and presidential hopeful Reba Jackson. A member of the country band, the Yankee Belles, Glo was targeted in a recent terrorist attack designed to deter her mother from running, and Tate will do anything to keep her safe. Even if it means letting her go.

Stubborn and brave, Glo isn’t about to hide from threats, at least the kind that won’t cost her heart. She’s already paid a terrible price for the war on terror, and she refuses to fall for a man who might die, especially because of her. Better to keep him away, even if it means sacrificing her heart.

But when danger threatens them both, what will they sacrifice to keep each other safe?

As the presidential campaign heats up and the threats deepen, so does the attraction between Tate and Glo. But what will it cost Tate to keep her alive? And what will Glo do to keep from losing another man she loves?

The gripping second installment of the Montana Marshalls series.

Well, Susan May Warren has done it again! This book was hard to put down! I loved the Marshall men and it was great getting to know not just Tate better but also getting started on Ford's story. It was like reading two romance stories in one! There were some amazing romantic moments. Susan definitely knows how to write a kiss! There was also some great action as Tate is trying to protect Glo from multiple threats as her bodyguard. Tate was amazing and while does have some baggage, he was incredibly brave and loved Glo for who she was. I got a little frustrated with Glo as she was so scared of losing someone again that she made some dumb choices. I was also annoyed with how she handled Sloan, another guy interested in her, and her mother, though I understood that a little more with the background to their relationship. There was some talk about God as a Marshall brother and Glo's friend tried to explain how God loves us and we don't have to do anything to earn it. Neither of the main characters are Christians and I liked the uniqueness for a Christian novel as usually the main characters are. I can't wait for the next book! I highly recommend it!

I received a copy of this ebook from Just Read Tours. I was not compensated for this review. All opinions are my own.

Susan May Warren is the USA Today bestselling, Christy and RITA award-winning novelist of over sixty-five novels. An eight-time Christy award finalist, a three-time RITA Finalist, she’s also a multi-winner of the Inspirational Readers Choice award, and the ACFW Carol Award.

A seasoned women’s events speaker, she’s a popular writing teacher at conferences around the nation and the author of the beginning writer’s workbook: The Story Equation.

She is also the founder of MyBookTherapy.com, and Novel.Academy, a school for aspiring novelists.

(1) winner will receive a signed copy of Knox & Tate, plus 2 CDs - Kelsea Ballerini (Unapologetically) and Brett Young (Ticket to LA)

Be sure to check out each stop on the tour for more chances to win. Full tour schedule shown below. Giveaway will begin at midnight June 10, 2019 and last through 11:59 PM EST on June 17, 2019. US only. Winner will be notified within 2 weeks of close of the giveaway and given 48 hours to respond or risk forfeiture of prize.

Giveaway is subject to the policies found here.