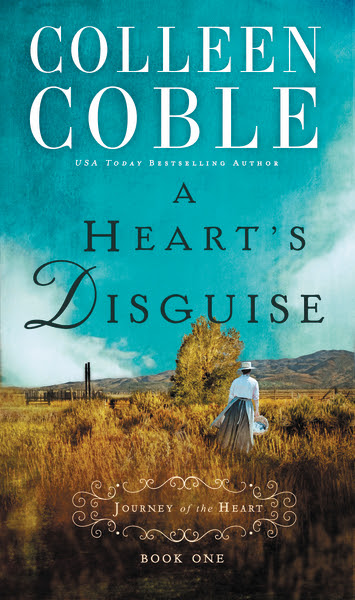 In the aftermath of the Civil War, a young woman searches for her lost love at the edge of the West.

The Civil War has destroyed Sarah Montgomery's marriage before it's even begun.

After Sarah receives word that her fiancé, Rand Campbell, has been killed fighting for the Union, her brothers and ailing father persuade her to pledge herself to Ben Croftner---despite her strong misgivings. But when Sarah finds out that Rand is in fact alive---and that Ben Croftner knew it---she indignantly breaks off the engagement and goes in search of Rand.

But Ben Croftner does not take rejection lightly---and a single woman with a sick father makes an easy target. When Sarah is abducted by her treacherous fiancé, Rand finally comes to her aid . . . only to reveal that he has been posted at Fort Laramie, Wyoming, and intends to take her there as his wife.

But could Sarah leave her dying father's side for the love of her life? And what plans are forming in the jealous heart of Ben Croftner?

I liked this story, but it felt more superficial and like too many events were packed into it's size.  I felt for Sarah and how she was deceived by Ben and mistreated by her brother.  I can't understand marrying for anything other than love, but getting away from her brother would be a pretty good reason!  I was frustrated by Rand's distrust of Sarah and how he wouldn't really listen to her a few times.  She didn't seem to be treated very well by the men in her life, other than her father.  There's some talk about God and how she's angry with Him for taking Rand; the pastor has a cool way of explaining how we can't see God's plan from where we are and how it looks like the back of an embroidery project, chaotic, to us, but if we could only see the other side, God's perspective, it's beautiful.  The story's fast moving and there's some excitement.  I was frustrated with the way this story ended, especially with Rand's attitude.  I'm hoping the next one turns out better for Sarah!  You might like this story if you like historical romance.


Find Colleen online: website, Twitter, Facebook
In the midst of end-of-war celebrations, Sarah discovers her betrothed was keeping a devastating secret in Colleen Coble's A Heart's Disguise. Will Sarah leave her dying father’s side for the only man she’s ever loved? And what plans are forming in the jealous heart of Ben Croftner?

Celebrate book one in Colleen's A Journey of the Heart series by entering to win a Kindle Fire and RSVPing to her May 5th author chat party!

One grand prize winner will receive:
Enter today by clicking the icon below. But hurry, the giveaway ends on May 7th. Winner will be announced May 8th on Colleen's website. Plus be sure to clear your calendar on the evening of May 5th because Colleen is hosting an author chat party on Facebook to celebrate her A Journey of the Heart series and the release of The Inn at Ocean's Edge! RSVP here!

RSVP today and spread the word—tell your friends about the giveaway via FACEBOOK or TWITTER and increase your chances of winning. Hope to see you on May 5th!